Big Band Night is September 19th! Don your best 1940s attire and take a country hayride through the scenic apple and pear orchards before feasting on a mouth-watering meal, witnessing the comedic delights of a revival of Abbott and Costello's famous "Who's on First" routine, and dancing the night away to the live big band music by the Harmony Sisters and their Little Big Band.

Open auditions for Joseph Kesselring's classic 1941 play "Arsenic and Old Lace" will be held from 5:00 PM - 7:00 PM on Tuesday, August 25th at the Packing Shed theater on Riley’s Farm. Break a leg!

Riley’s Farm hosts Rockabilly Nights in scenic Oak Glen this August! Take a country hayride through the scenic apple and pear orchards before feasting on mouth-watering diner specialties, drinking fresh milkshakes and local brews on tap, and dancing the night away to the music of CRAiC HAUS! 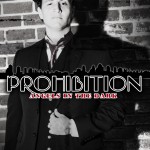 The 1864 Civil War reenactment of the Battle of New Market on May 2nd at Mile High Ranch is a rare opportunity to see American history in action while supporting Wounded Warrior Project.

Soldiers, artisans, historians, and artists gather to re-create life at an 18th century militia muster, and a new community is born. The village is growing and a revolution is brewing!

Kids write the funniest, sweetest things... especially when the past comes to life all around them! Living history inspires and empowers young rebels and patriots to take up their mighty pen and make a mark. Their efforts yield treasure in the form of hilarious, heart-warming, and inspiring notes.

The Course Guide of the Universe

How I came to understand Christmas Even as a child, I was attracted to university catalogs and course guides.  It... View Article