What Do I Hope to Accomplish In All This? 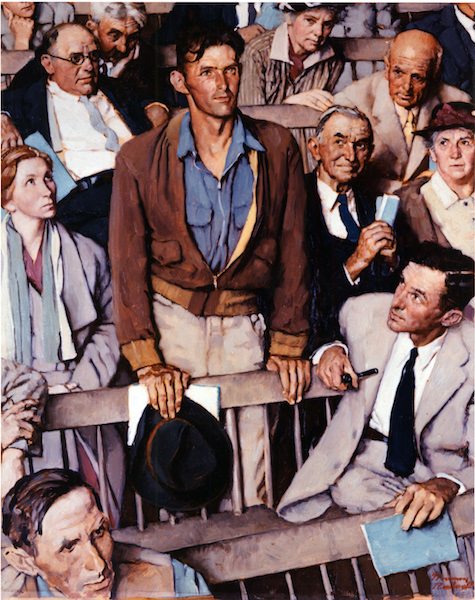 What Do I Hope to Accomplish In All This?

From time to time, it’s important to re-evaluate, and re-state our mission and our objectives.

Why have I spent nearly four years on our First Amendment Fight?   Why have I risked the ill-will of civil servants who, for the most part, like me and love our farm even more?   (I will let you in on a little secret:  most of the public school teachers who visit our farm are sensible, family-loving, America-loving people who lean center-right.  Many of them have actually given sacrificially to our legal fund.)   I could have opted NOT to stage this fight and things would have returned, more or less, to normal.  I would not be the source of difficult conversations with their uber-leftist colleagues.  These sensible teachers wouldn’t have to defend me against the odd, but loud, social justice fifth grade teacher who sees nothing wrong with telling old, white men to shut up and go to the back of the bus — or asking elementary school children to apologize for their “privilege.”  The moderate educators who have given their lives to teaching American history wouldn’t have to explain that Stormy Daniels wasn’t Madame Currie and Michael Avenatti might not have made a good presidential candidate.   In short, if I had shut up, most of these reasonable teachers who support us wouldn’t have to spend time educating the slower members of their profession.

But if I had shut up, the loud, shrill, Bill-of-Rights-hating voices win.  More ominously, they establish the orthodoxy of assumed silence:  certain employees and certain public school contractors CANNOT HAVE THE WRONG OPINIONS.

If we win our case, the word will go out to school boards across the country:  do not make employment and purchasing opinions based on the political expression of the participants.

I want civil servants and politicians in charge of these decisions to get reacquainted with a very powerful weapon — the Bill of Rights.  I want the local mayor, at a city council meeting, to be able to say, with utter gravity:  “Look.  Your opinion has been noted, but we DO NOT RETALIATE against employees or contractors on the basis of their political opinions.  That could get very expensive.  We are not a Cancel Culture agency.  Please take your hatred of the Bill of Rights somewhere else.”

I profoundly believe that the answers to our problems as a society lies in MORE debate, not less.  If President Trump, and Joe Biden, had been able to hear a genuine debate, between real scientists, about the way to fight Covid, perhaps we would not be worried about supply chain issues and recession right now.   Perhaps, if school boards around the country had allowed a real discussion about the “value” of Critical Race Theory, we wouldn’t be seeing so much racial tension right now.  Perhaps, if school curriculum and educational methodology were the subject of vigorous debate, parents wouldn’t have to worry about their twelve year old daughters being groomed for gender-reassignment surgery.

It gets a little CRAZY when we don’t talk.   I’m fighting with everything I have for something, essentially, very simple: a conversation.