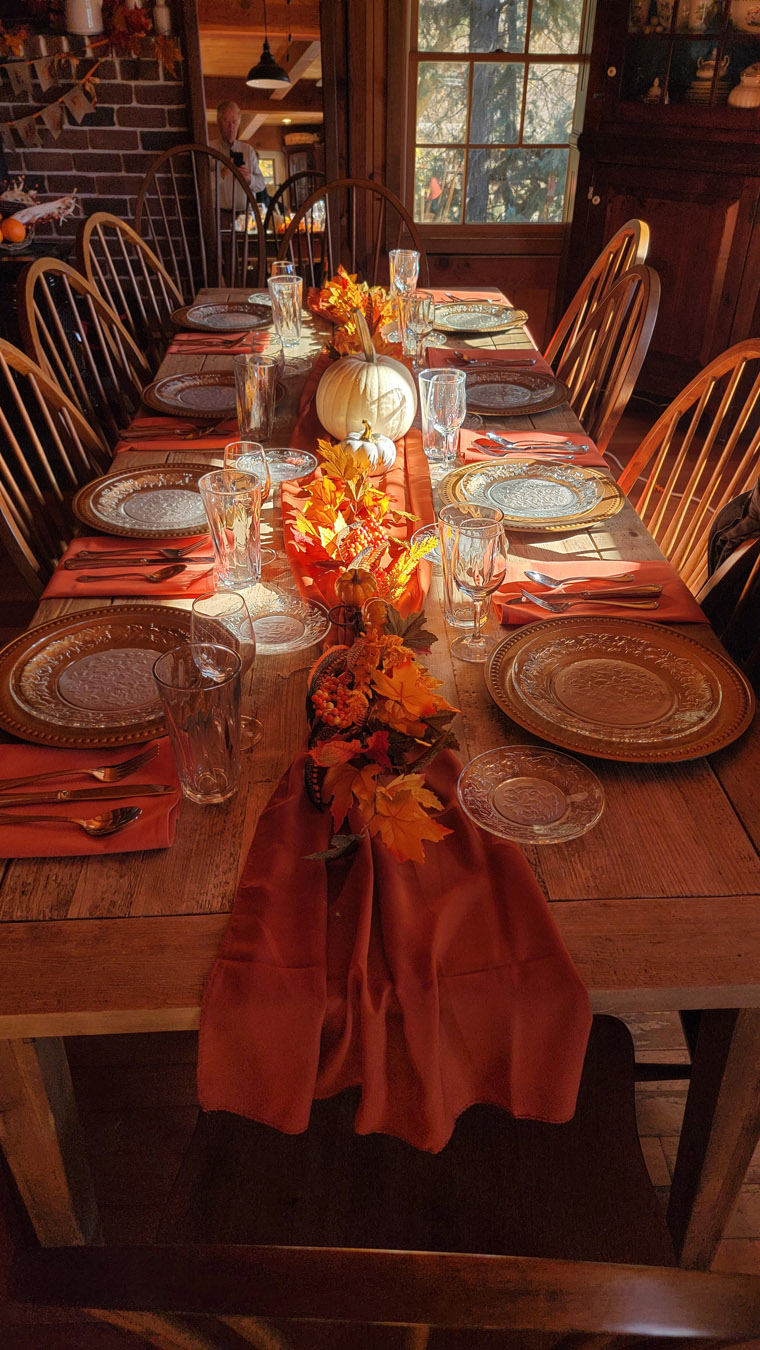 I settled into a good book Thursday morning, contemplating two turkeys in the oven, (one actually raised here), and the parade of kitchen-bounty that would unfold later in the afternoon.  Hot buttered rolls, golden Yukon potatoes, fried green beans, thin-sliced ham simmering in a pot full of cider and honey.  Lizzy, our daughter the caterer, was bringing duck-fat gravy and a trio of different butter blends.  Mimosa flutes stood in ranks on the butcher block, all at crystal clear attention.

The luxury of a morning without obligations, with nothing to do but contemplate the coming feast, left me feeling warm and pleasantly blanketed.  There’s immense value in a collective, society-wide agreement to take the day off.  Decisions can be put off without guilt.  Phone calls can be ignored.  You don’t need to look for stamps or seal envelopes.  It’s one of those mornings with nothing but coffee and candied-walnuts.  Have another.

The Joy Reid joylessness of our age is utterly broken by these national rituals.  The whiners simply can’t compete with fresh cinnamon rolls.

Over Mimosas, the kids and I talk about cult documentaries.

This morphed into a conversation about the frauds of our age– Elizabeth Holmes, the latest digital currency failure, Bernie Madoff — all of them hugely credible until they suddenly fell crashing from grace.

As the meal was put on the butcher block, we spoke of seeking truth and then had a kind of syncopated movie line guessing game, where you had to guess the film with one line.
“I guess I’m not the football type,” I said.
“It’s a Wonderful Life,” Sam shot back.
“Right, too easy.”
“Tell me the truth, Michael!”
“The Godfather,” Sam said.

I gave a prayer.  We dug in.  I kept thinking there’s simply no way to even make a dent in these Thanksgiving feasts.  After dinner, and more conversation, and some wine, I fell fast asleep.  Turkey tryptophan is a real thing.

Later, we went up to Wilshire’s Apple shed and celebrated with Devon and his family.   For years our families feuded and I missed the childhood of a grand niece of mine, Devon’s daughter, Grace.  At one of the post-feud parties, I said something like, “are you here with the Simpsons?”
“No,” she said, “I’m your niece.”
I’ve had a hard time living that one down.  (I’ve been absent minded since I was a child, so I have a feeling I won’t recognize dementia when it arrives.)

Denny, Devon, Seth, Emma, Selah, and Quinn gathered up in a circle and started in on the music.  Quinn belted out a pretty mean “Battle of New Orleans” and the tunes then ranged across familiar territory.  It’s difficult for me to hear certain songs, sung by my extremely talented relatives, without losing it a little.

“Will The Circle Be Unbroken?”
“Mocking Bird Hill.”

We went out into the cold night and experimented with the setup for our new December program, “The Lights.”   Gabriel and Sam have been spear-heading this and I was a little sheepish about my idea of putting a little floodlight on the oak trees.  The boys worried the light would look too cold and creepy.

I went back to my good book, in a warm house, and I thanked God for his unbelievable mercy and grace. 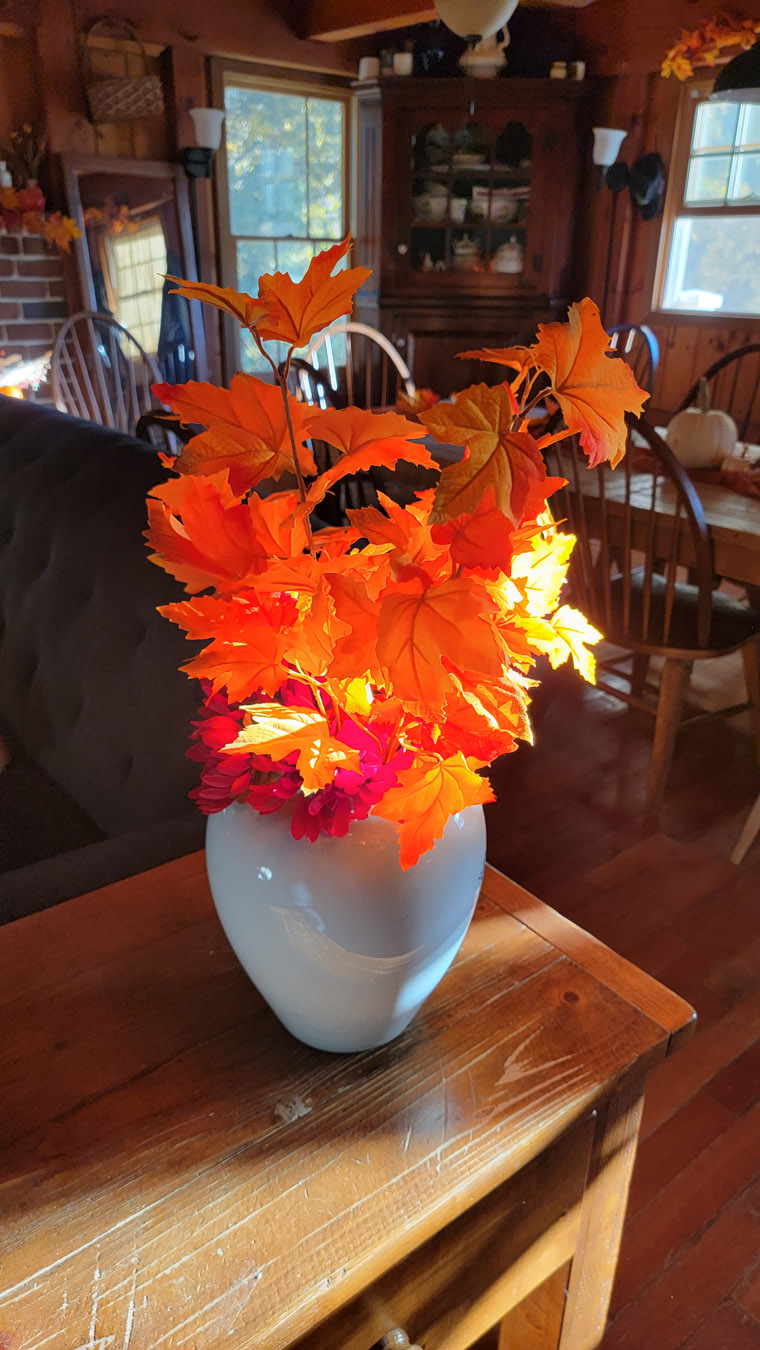 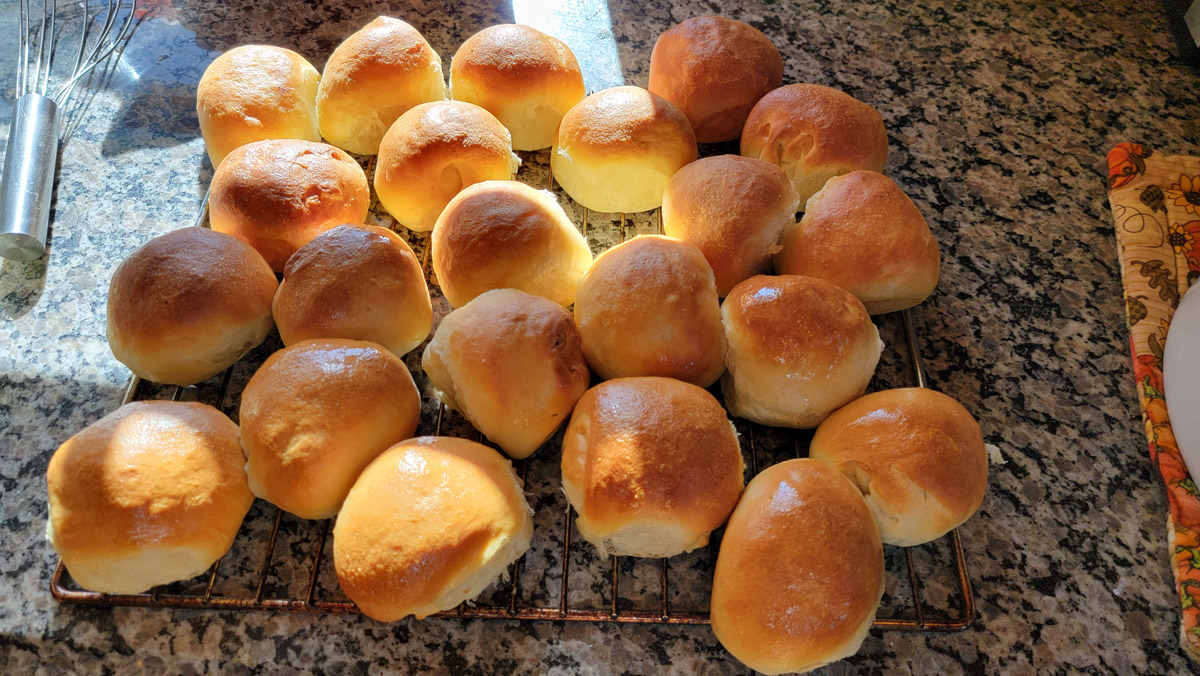 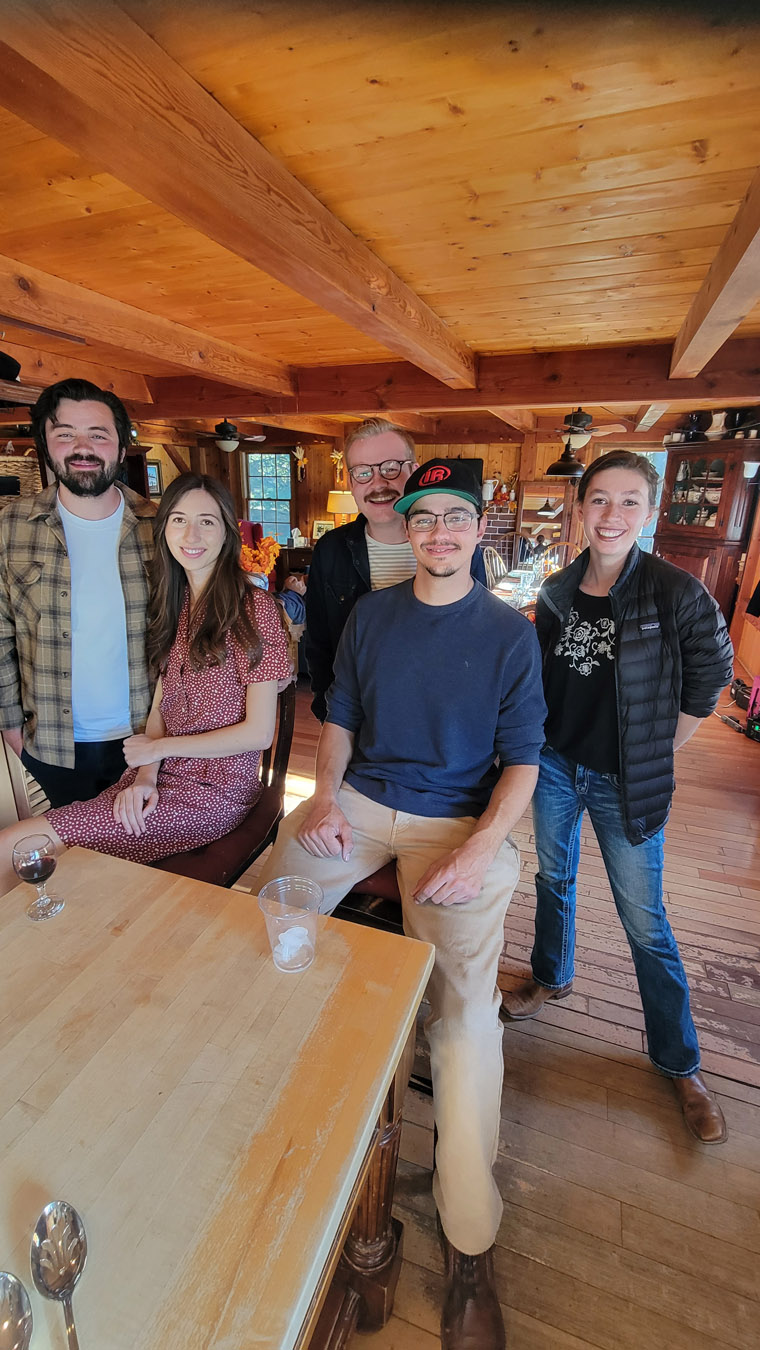 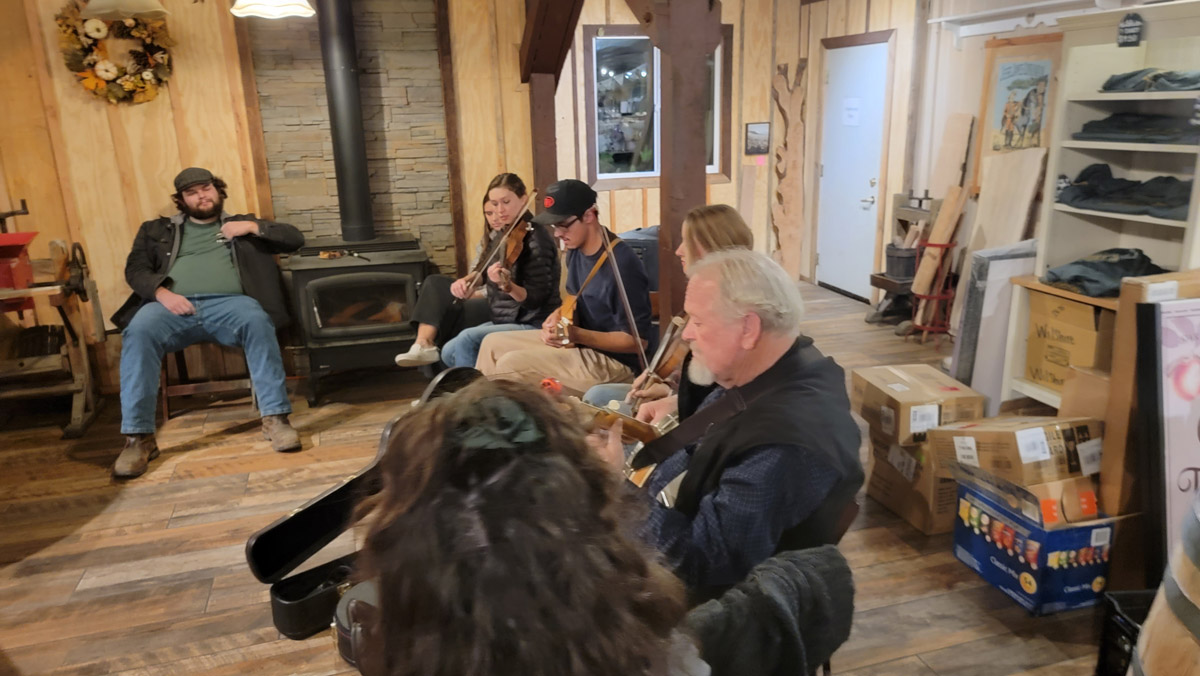 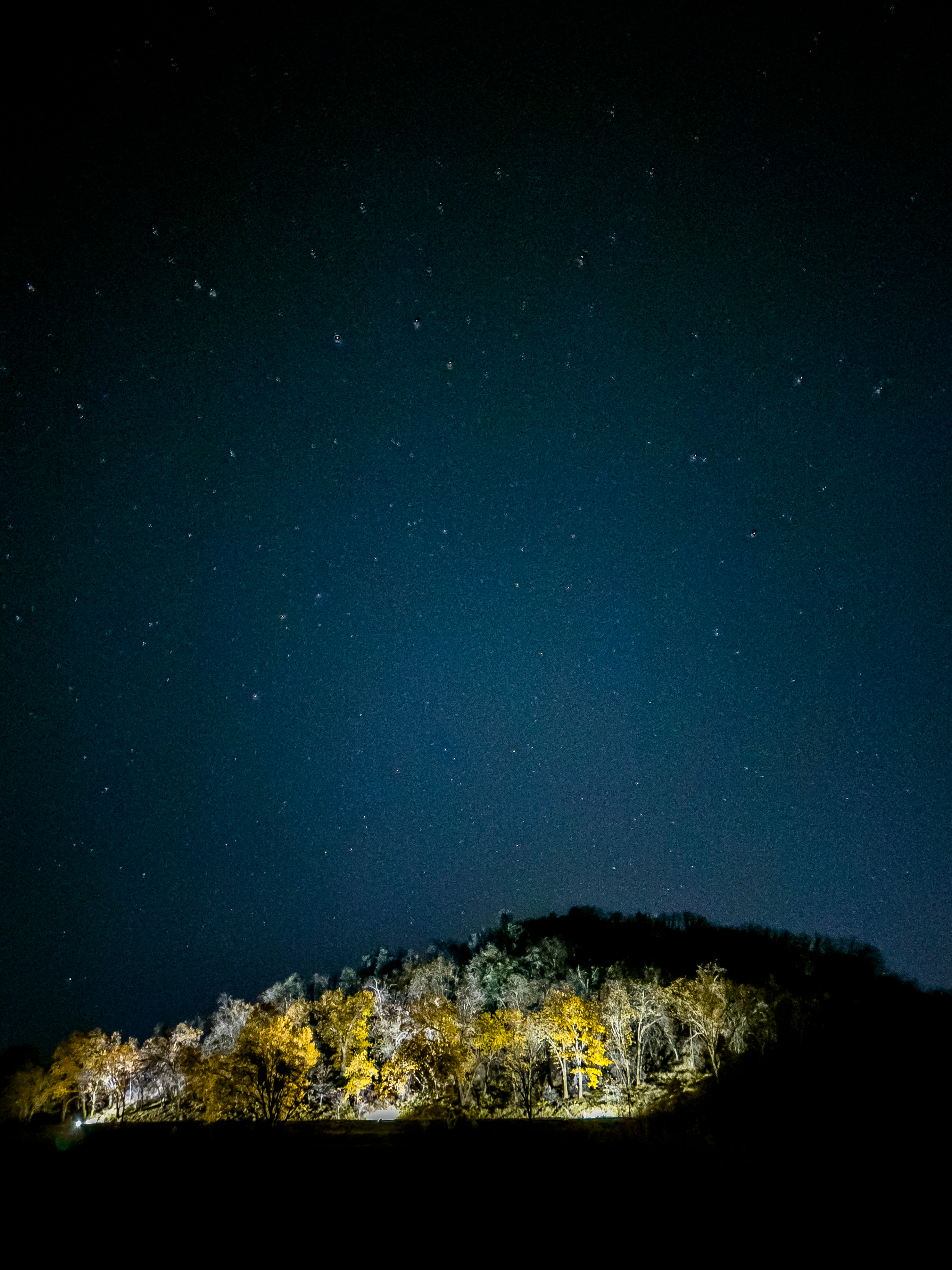