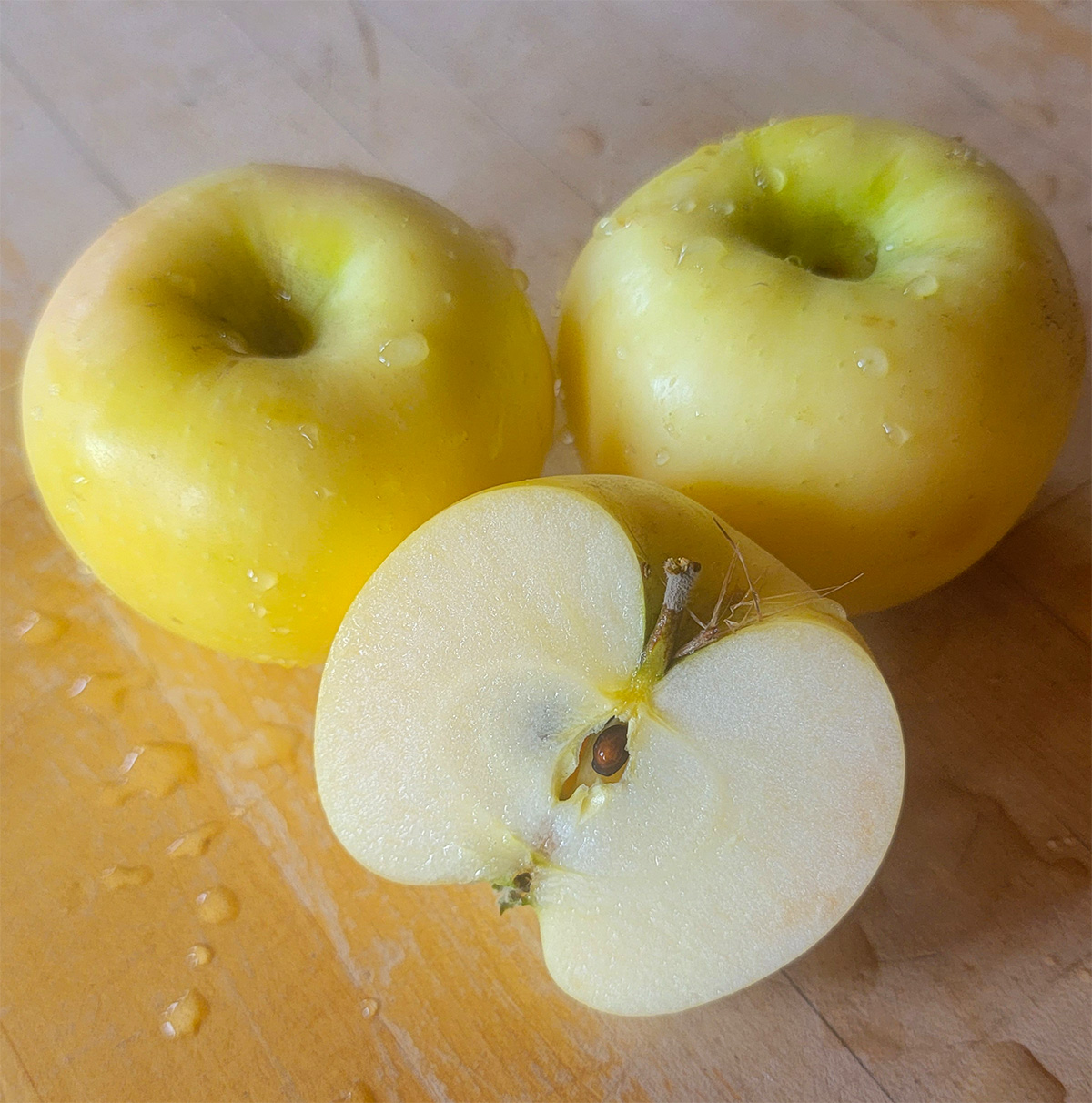 Years ago, when I was a small child,  it was difficult to bring in summer fruit because of the glaciers that encroached on all the farm land in Yucaipa and Oak Glen.  In much colder Arcadia, where I grew up, the glaciers were so large, we had to walk through ice tunnels to cover the three miles it took us to reach my elementary school.  People complain about global warming, but having lived through the medieval warming period, and the previous mini Ice Age, I can tell you:  warm beats cold. Thank Goodness the apple trees have not been crushed by glaciers advancing down the face of Wilshire Peak!

Well, anyway, without these pesky glaciers,  We have summer apples this year!  The “Pristine” is a relatively modern variety — unlike many of our heirloom apples.  It is an early season SWEET apple.  I wish there were a way I could upload the taste of this apple.

And if you didn’t get the joke, and you are a little annoyed by this summer’s needlessly high gas prices, let me let you in on a little secret:  climate change is ALWAYS real, but humankind has very little to do with it.  We have enormous reserves of fossil fuel, globally, and that’s what allows celebrity hypocrites like Leonardo Di Caprio to fly around the globe pretending to care about using fossil fuel.  They want the high life for themselves and the ‘pickin’ it with the chickens’ life for you..

I dare some of my liberal friends to watch Tony Heller’s “Real Climate Science.”   You have been LIED to.  We may be getting warmer compared to say, 1970, but when you look at the earth’s history, the current warming isn’t anything compared to what this old girl, planet earth, has been through.

Mary and I went on a wine bus tour on the central California coast recently. The bus driver was complaining about California’s drought and blaming it on man made climate change.

“Have you read?” I asked, “..about the tree ring pattern of the Great Sequoias?”
“What?” he asked.
“The thousand year record of drought and rain in California?”
“What do you mean?” he asked.
“California,” I reminded him, “is subject to MEGA droughts.  There have been ONE HUNDRED YEAR LONG droughts in California.  We need to build more dams.  We need to desalinate.  Climate change is older than California. It has nothing to do with fossil fuels.”
He look troubled, for a moment, but not enough to re-think his faith in bad science.

Take the red pill, folks.  If you really believe we need to reduce fossil fuel consumption, before we figure out solar, wind, and thorium reactors, you are consigning most of the world to misery, disease, and poverty.