The Farm as Anti-“Cray, Cray” Medicine 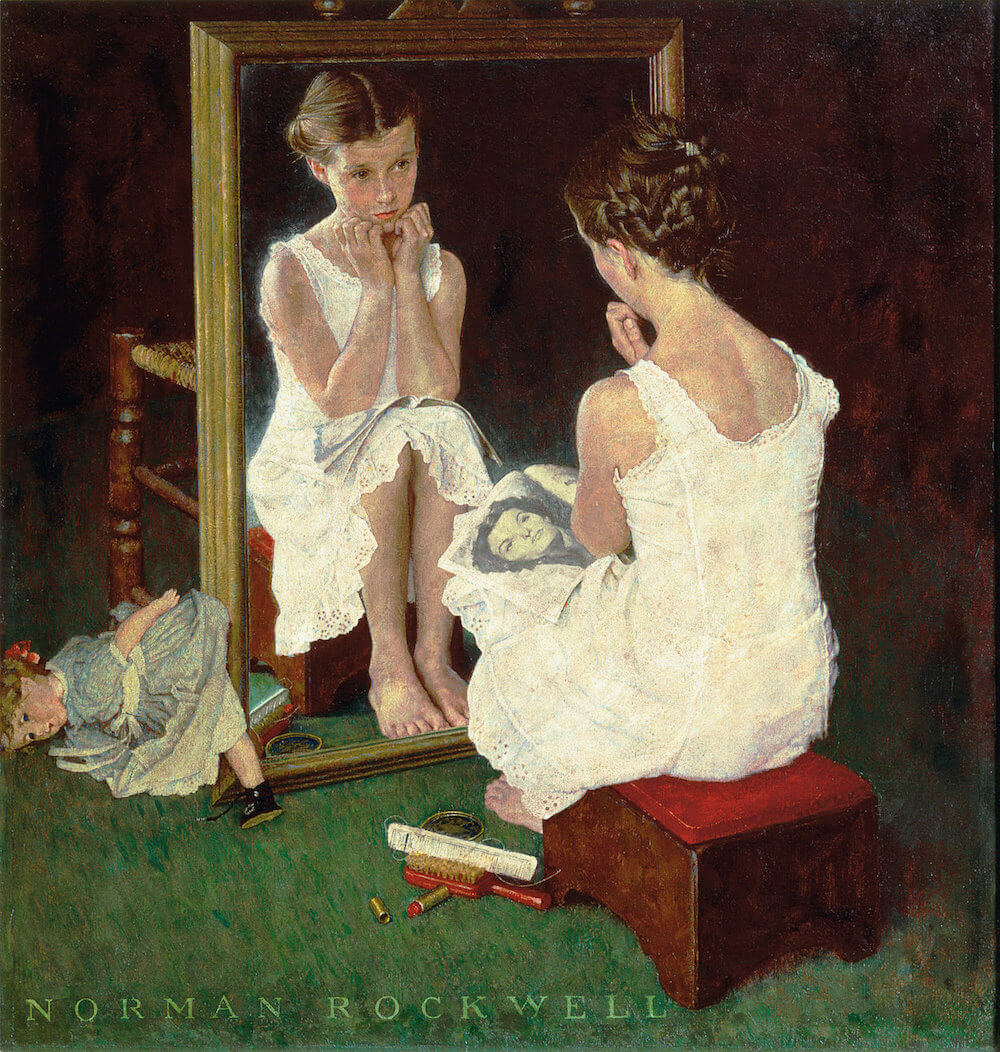 The Farm as Anti-“Cray, Cray” Medicine

Have you ever had one of those conversations that meanders around for a bit before going so far over a cliff you begin looking for excuses to get out of the room?  You know that feeling where you say to yourself, “that’s it;  this person is crazy?”

That’s what I would feel like if I were ever in the presence of someone who used the term “birthing person” in place of “mother.”  A few years ago, a Yucaipa parent told me the school was in the process of removing any library book that used the term “mother” or “father.”  (I’m having trouble understanding how that could even be accomplished; you would have to torch the whole western canon of literature–but, then, maybe that was the point.)

It seems to me that our connection to our “mothers” and “fathers” is such a basic, organic reality that the idea of using language to destabilize that assumption is the product of a mind so twisted–so bent on rendering sexuality and gender  meaningless–that you would do well to make sure you don’t leave such people alone with your children.

Why did we once laugh, heartily, at the image of Milton Berle dressed up as a woman, or corporal Klinger, or Jonathan Winter’s Maude Frickert?  Dean Martin once sang, to the roar of an appreciative audience, the words, “in my Easter bonnet, with all the frills upon it, I’m sure I’ll get rejected at the draft board today.”

We laughed because very few men can even come close to conveying the glory God created when He fashioned Eve.  The very attempt to wrap up square jaw and five o’clock shadow in a frilly sun dress is absurd.  It’s the product of a comedian — or someone so profoundly unstable they can pretend they are a woman in an MMA fight, fracture their opponent’s head, and walk away feeling “feminine.”

Likewise, what child is not fundamentally betrayed by a biological woman using her womb to give birth, only to treat that child to a hormone-fueled fake masculinity?  Cheek to cheek with a bearded, hairy-chested mom parading as “birthing person?”  That was once too freaky even for the circus.  If you don’t believe that child is cheated, you are crazy.  You are stark raving mad.

The truth is that gender is something like money.  We want more of whatever currency we’ve been given by nature.  Little boys aspire to be Super Man.  Little girls, as Normal Rockwell observed, compare themselves in the mirror, a little mournfully, to Jane Russell.  These aspirations can be burdensome, but they are entirely wholesome.  George Bailey, not quite filling out a football uniform, plainly admits to Mary Hatch, he was not quite “the football type.”  The guy who, in real life, had just returned from leading bombing squadrons over Berlin admits there’s a kind of scale involved.  All of us — men and women — don’t quite measure up to perfection.

When faced with this natural hierarchy, Gender socialism throws a tantrum.  Not every girl will wear the Homecoming crown.  Not every boy will be picked up by the Dodgers.  Since they can’t steal gender capital the way Bolsheviks steal cash, they just deny the standard altogether and let folks revel in the mushy middle or in outlandish negatives.  At least the old, vulgar Marxists recognized the value of their stolen capital.  The gender Marxists are trying to steal meaning itself  from you.  They want you to deny the glories of male and female.  They stand there, without apology, and demand you see the grotesque as sublime.  They will settle for nothing less than your conscience itself.  “Look at that little baby trying to find the nipple through its mother’s chest hair, buddy.  I’m going to stand right here until you call that beautiful.”

The Farm In All Of This

Whenever I do a deep dive on the sort of people who passionately hate Riley’s Farm, and what we stand for, it’s almost always some sort of paid progressive operative or passionate unpaid political disciple  — a public service union steward or a grim-lipped Covid Pharisee with so many bumper stickers on the back of their hybrid they can’t possibly see out the back window.  I’m willing to concede that a few of these folks have good intentions, but most of them are the products of being spiritually and intellectually unmoored. They are without an anchor.  They are almost entirely reactive.  They don’t know what they love.  They know what they hate — having to grow up, having to sell a product in the market place, having to compete.  Over time, with their critical thinking gone, they will even go to war with critical thinking itself, because they almost always lose the argument.  They will fall for nearly anything, so long as the source is sufficiently at war with God, or daddy. They naturally gravitate towards anything that ridicules tradition, patriotism, and faith. They are what the Bible calls “scorners.”

On the contrary, the sort of people who love us have real mom and dads, real children, real traditions.  They aren’t without problems, but they have an ancient matrix through which they assess the world, a faith in the wisdom of their fathers and mothers.  They go home to see their “mom” at Christmas, not their “birthing person.”   They don’t see much value, at all, in things being “gender neutral.”   They may not say so, but they feel sorry for the big dude who thinks he’s a girl and the female athlete forced to take second place because some dude put on a woman’s bathing suit.

In a world proposing an absurd “new normal,” they will happily take the old one.  They look to the farm as an antidote to all the “cray-cray” out there.

But How Did We Get Here?

I don’t work for a woke corporation or a woke church or a government agency.  If people who use the term “birthing person” don’t show up around here I will be utterly relieved.  But here’s the problem: even if you do work for “woke” overlords, you should be able to call nonsense nonsense.  We are now living in a theater of the absurd because sane people have been afraid to speak.  I keep comparing this to a family with one shrill, shrieking neurotic that all the other siblings are forced to humor, so as to buy peace.

How has that been working out for us?

What is it going to be? Conversation, and the truth–or collective insanity, made possible by our silence?