No Gas For You 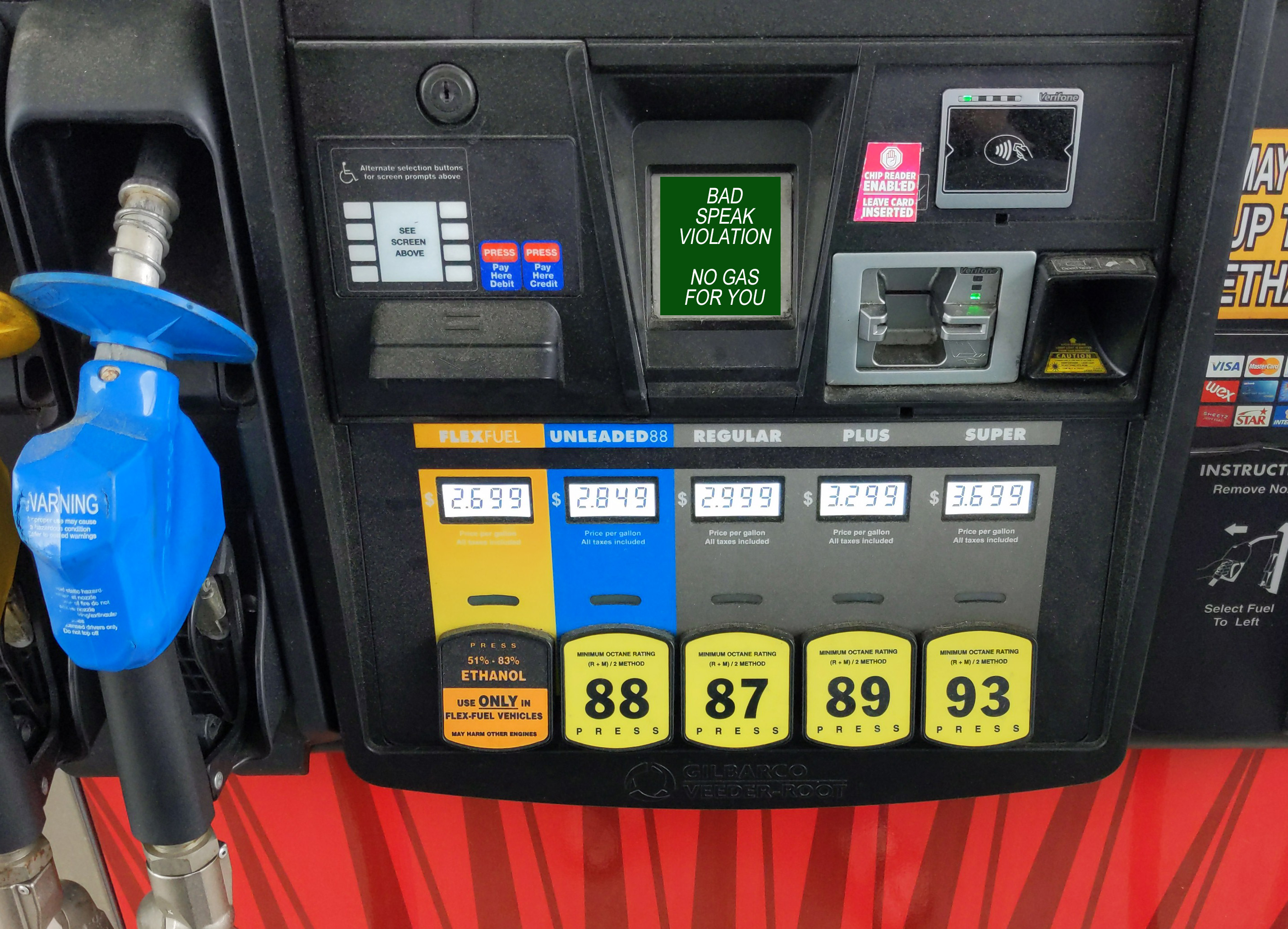 No Gas For You

Picture this:  you have a 45 minute drive home from work and your gas tank is nearly empty.  You pull up to the pump, insert your credit card and the screen on the pump announces..

“We’re sorry.  The Bureau of Social Credit has recently lowered your behavior score.  You won’t be able to purchase gasoline for another 30 Days.  Our records indicate you recently made public commentary that violates community standards.”

Think that can’t happen?  A social credit system of this sort rules life in Communist China right now.  I’m suffering a preliminary version of this myself — as are thousands of public servants who utter the “wrong” opinion about an idea dear to the hard left, only to lose their jobs.  Claremont Unified School District thought they could punish me because one parent thought I shouldn’t ridicule Louis Farrakhan.  That’s right.   After twenty years of providing excellent living history field trips to their students, they retaliated against me for my own First Amendment expression.

Here’s why I have absolutely no problem asking you for help.  It’s your country too.  Your future is on the line as well.  If we force Claremont to pay our legal bills and if we prevail at the Supreme Court and succeed in securing the right to seek damages, we make it very expensive for petty bureaucrats and demagogues to enforce group think.  If we win, here’s what happens:  Public schools all over the country will be told, point-blank, by their general counsels:  “Do NOT fire employees or terminate contracts because someone’s First Amendment rights offended you.  It will be VERY expensive for the taxpayers.”

But I can’t achieve this victory alone.  The Farm is beginning to see business again, after the idiotic Commie-Virus lockdowns, but we’re just getting back on our feet.  Mary Riley, at a time when most people begin considering retirement, is running the kitchen, sometimes at five in the morning.  The idiocy of yielding to Covid hysteria destroyed millions of small businesses across the country and we’re trying as hard as we can not to be one of them.  It makes you wonder:  if Dr. Fauci and Facebook and Google really cared about the First Amendment, would we have suffered such idiotic public health policy?  If we had allowed real scientists to debate the issues without fear of losing their jobs, could we have avoided this economic calamity?

Most of you can only give a small amount.  I understand.  (Believe me!)  But I’m confident there are folks out there who have the means to wage this war in a big way.  I would not ask if I didn’t believe we can win and that our victory will frighten the dictators among us.