Thinking Around the Tavern Table

Thinking Around the Tavern Table

New Things To Do Around Here..

Our bright young staff members have some new ideas they would like to try out in the next few weeks.  We’ve been thinking that our regulars would benefit by new “Adventures in the Old World” activities, so we’re going to try a slightly different schedule every Saturday.  This Saturday we will be introducing three new activities — cider pressing (take home your own gallon of fresh pressed cider), Wool Culture (help clean some of our sheep’s wool and weave a small sample), and fencing instruction with long time swordsman, Steve Leon.   April 23, tickets can be purchased here.

I’ve been working on my personal farm story, (working title: Contemplating Emerald City: My Journey To “Riley’s Farm”)  I’m fairly close to being 1/3 complete, with a goal of making it available this summer.   Here’s a taste of the new stuff..

..In 1986, Dad signed the papers and made the down payment. The ink couldn’t have been too dry on the contract when I found myself out in a field, along with Scott, Dennis and Devon, contemplating what 226 acres felt like. In truth, because of the hills, it was a little difficult to picture the range and run of the property, but the vastness of the thing was exhilarating. By historical standards, a few hundred acres isn’t very much land. Patrick Henry was able to amass more than 17,000 acres by the end of his life, just with a little lawyering and public service, and most of our New England ancestors worked farms that might take you the better part of a morning to circumnavigate on foot. My Long Beach home consumed nearly every square inch of a 2400 square foot lot – about 1/20th of an acre. Just a few generations of industrialization has made life smaller for most of us. The sensation of being thousands of feet away from your next neighbor – of being so far away, they appear as small specks on the horizon – is liberating. It felt, on that day of purchase, like being aloft in the wind, like flying in your own vast space.

The land in question, on the eastern side of Oak Glen, was first settled in 1862 by the Van Deventer family, followed by Joe Wilshire and his brothers. Originally potato growing country, the higher elevation property, ranging from 4500 to 5300 feet above sea level, was thought to have apple growing potential in dry, hot Southern California. The pioneer families of the late 19th century built roads, miles of water-carrying stone flumes, homes, and apple packing sheds that housed hundreds of migrant workers during the harvest season. The Citrograph, A Redlands newspaper, reported on November 16, 1901 that the Wilshire Ranch produced 200 tons of apples, or 9500 bushels. Aerial photography of the region through the 1940s reveal a valley nearly completely consumed by apple orchards, and in 1939, local papers predicted a slightly down year harvest of 175,000 to 180,000 boxes of “fancy commercial apples.” In its heyday, the region was producing more than 6,000 tons of fruit, even as it offered itself up as a high country travel destination as well. As early as 1907, apple-growing titan, Isaac Ford, was considering an Oak Glen trolly line, with a final stop at the Oak Glen Heights Hotel. On April 16, 1921, the Los Angeles Evening Post-Record advocated a motoring route through Azusa, Glendora, Claremont, Uplands, Rialto, Redlands, and up unpaved Yucaipa grade with the words, “Tired Business Men! Oak Glen Calls You!”

It was a place where original settlers had lost kin to Grizzly Bears, where two doctors, on a hunting vacation were chased up a tree by a mountain lion, where a massive oak tree was hit so hard by lightning that news of its explosion was reported in far away San Francisco. The first horseless carriages saw the region as a beautiful test of the new technology. The son of Joe Wilshire – Clarence, “Blackie” Wilshire – distilled apple moonshine here during Prohibition and rumor persists of a still, up in the canyons, he never brought out of hiding. He explained the rationale to his granddaughter, the movie star Susan Anton, by observing that pears could be sold for $0.25 a lug, but a pint of apple brandy went for $8. It was then, and is now, a place full of “characters” — men who had midnight shootouts over water rights and solitary ranchers who promised shot gun wrath on trespassers. A shirtless Robinson Crusoe figure even wandered these hills in the 1930s, tanning deer hides and evading possies for years on end.

It had character, all right. You could read it in the sun cured barn wood of the old Wilshire Packing shed, but, for two decades, it had been little more than a cider orchard – a largely uncultivated patchwork of neglected trees used for cider stock every fall. Everything was in disrepair. The weeds were high and so was the dust. The two big orchards to the southwest of the packing shed were designated, by Scott and Devon, as upper and lower “monster orchards,” since the trees hadn’t been pruned for years. California farm land, even spring-rich Oak Glen farm land, can, if neglected, betray its sandy desert roots. On that afternoon, it fell dangerously dry and full of crackle–given over to rattle snakes.  Scott knelt down to pray..

Mary and I, and some of our children, like to see the way other parts of the country do history and hospitality, so we drove 4,200 miles, round trip, to visit Bardstown, Kentucky and Nashville Tennessee, with stops in Amarillo, Texas and Norman, Oklahoma along the way, where the waitresses really do call you “darling” and “sugar.”   I must say that the various bourbon distilleries really do it right.  Very classy acts.  Oak Glen should follow suit.  We must begin brandy distilleries up here one of these days.  A few pictures below..

Many of you know by now that Sharon Riley, my older Brother Dennis’ wife, passed on recently.  She was able to spend her last weeks with her family, in hospice, and her children, grandchildren, and great-grandchildren gave her a touching celebration of life at the packing shed yesterday.  Denny and Sharon’s life revolved around good music, and the whole place was full of fiddle, banjo, mandolin, and guitar players.  We sang “Will the Circle Be Unbroken” and I’m afraid I lost it when they broke out into “You Are My Sunshine.”  I’ve known Sharon for fifty-eight years, back to 1964, when Denny met his high school sweetheart.  She was a pistol, let me tell you.  Here in Oak Glen, we feuded quite a bit, but everyone agreed yesterday, her love was as instant, and as intense, as her temper.  I’ve often wondered about the meaning behind the way all of our lives collide — how we are each given a basket full of memories, something like a child’s Easter basket, but, in a way, even more short-lived.  God is the author of time, and time is bitter, but it is also sweet.  Until we meet again, Sharon. 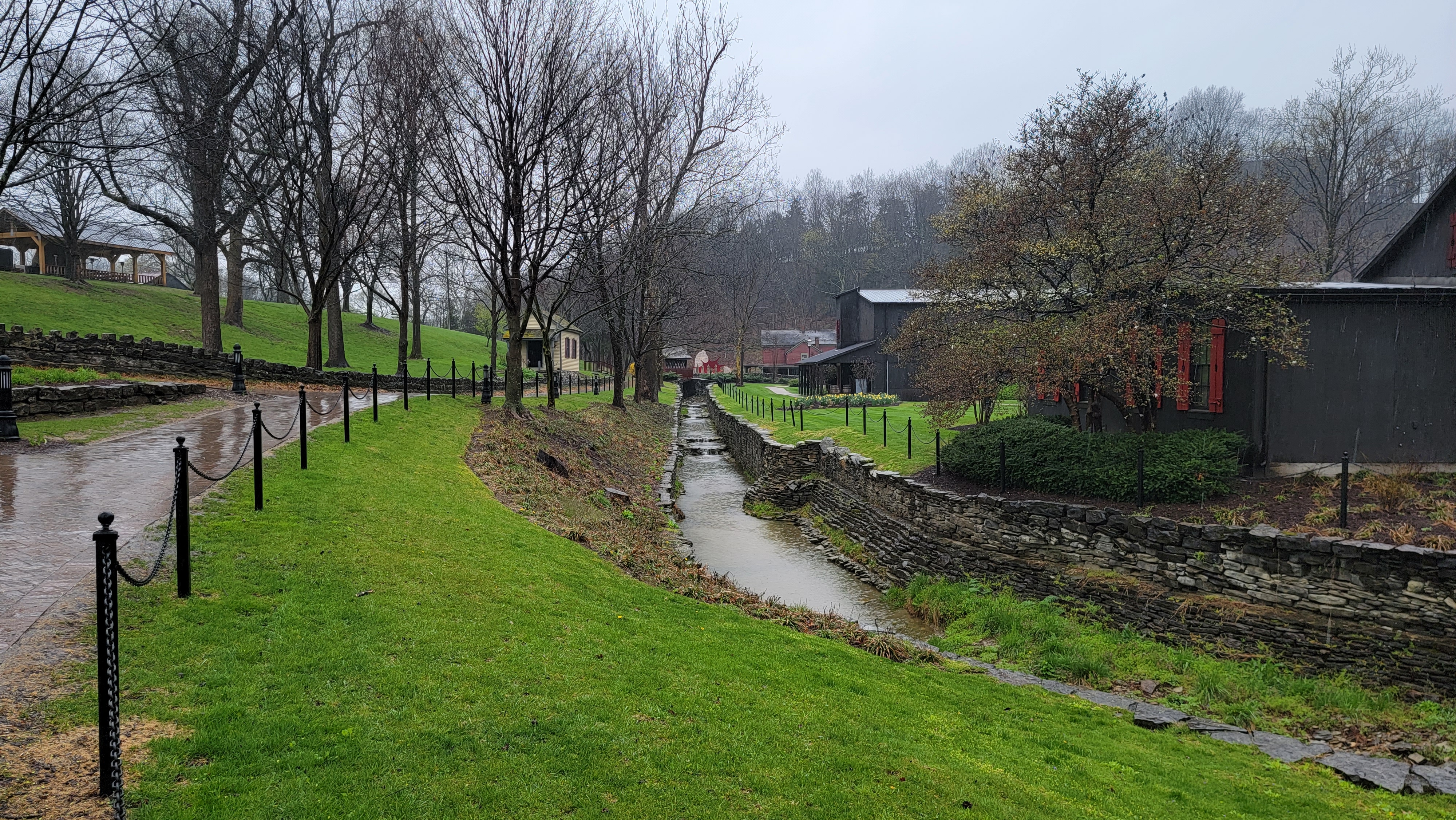 Where all the world’s “Maker’s Mark” is born. 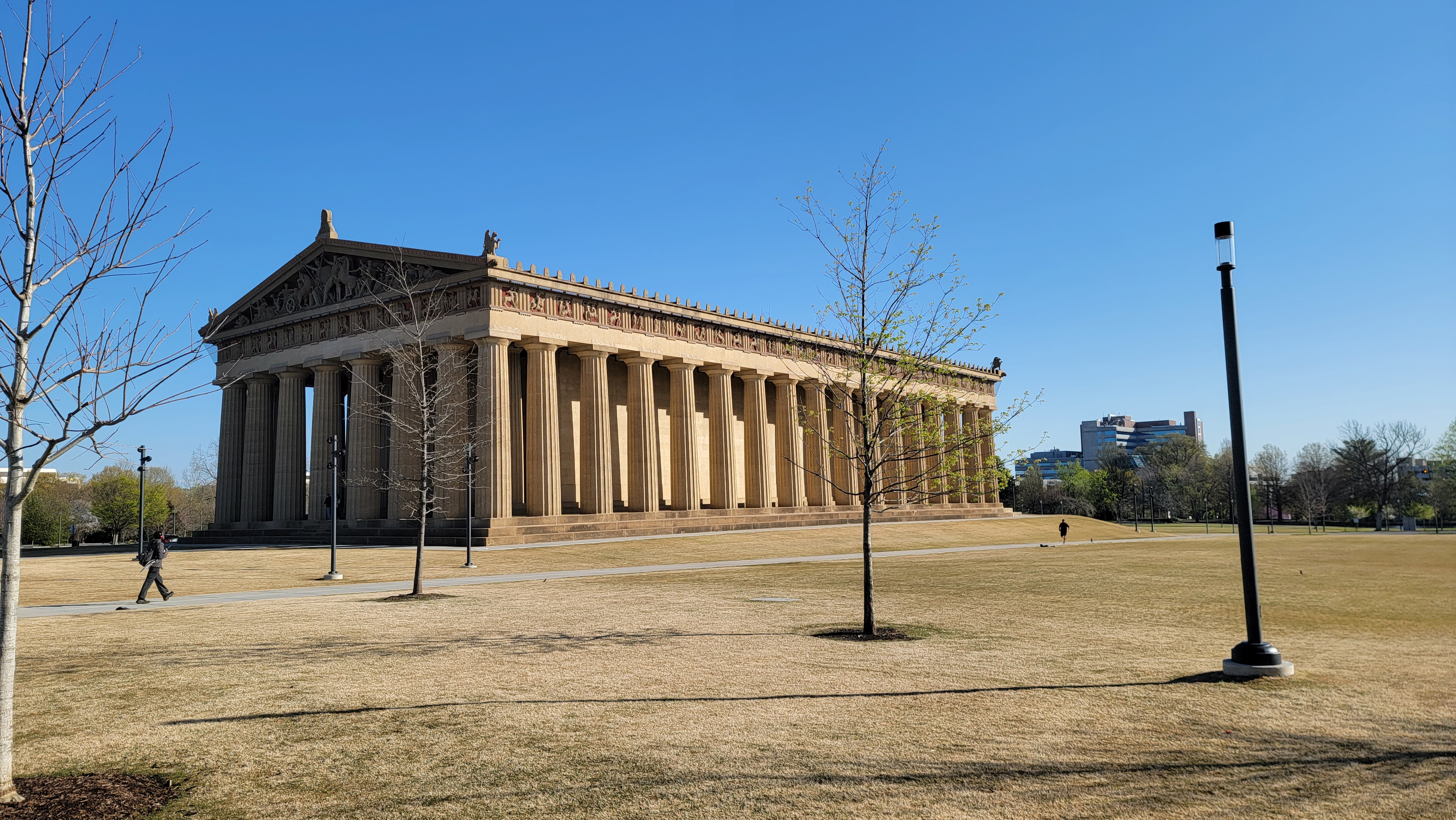 Nashville, where they have re-built the parthenon. 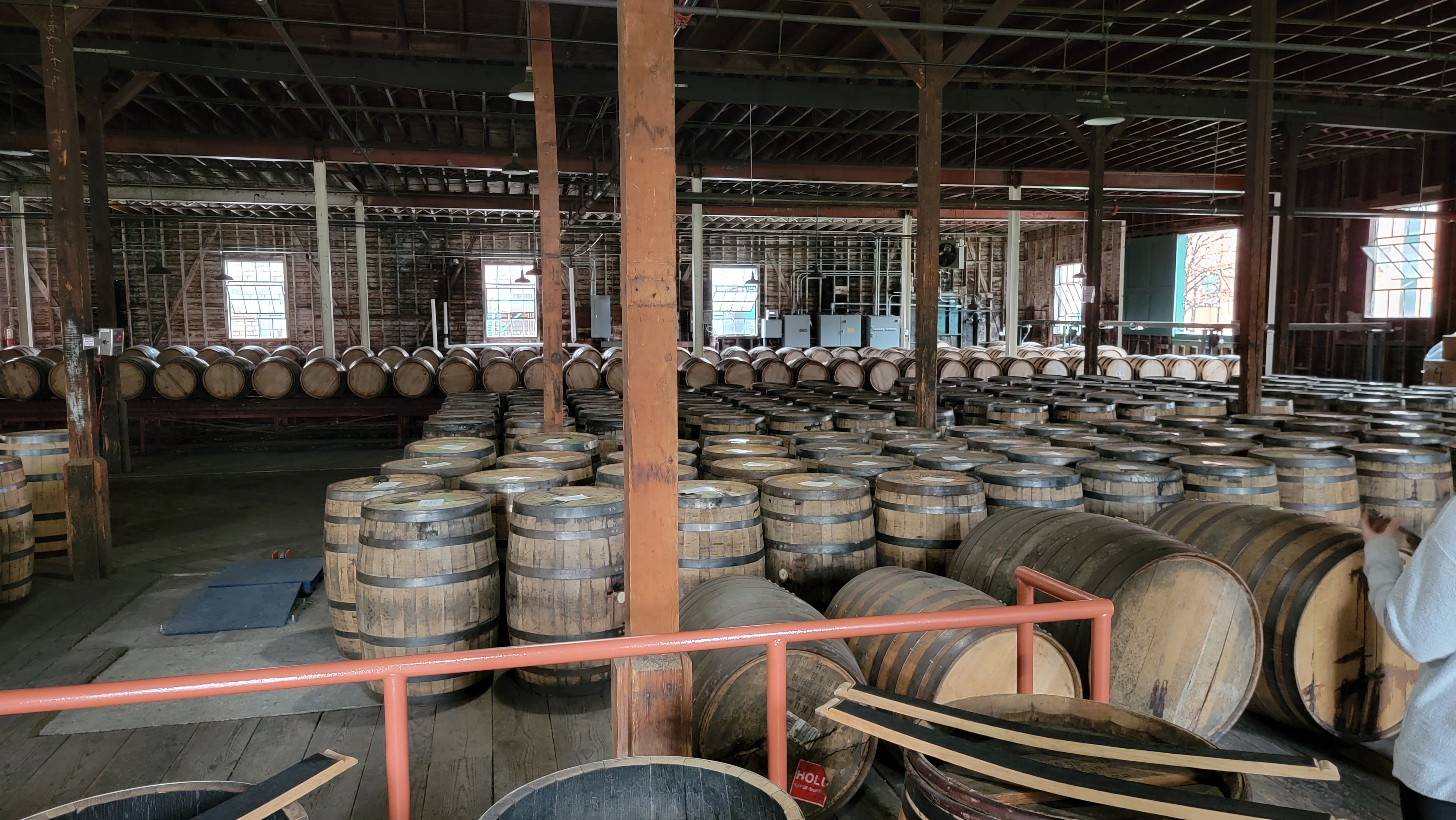 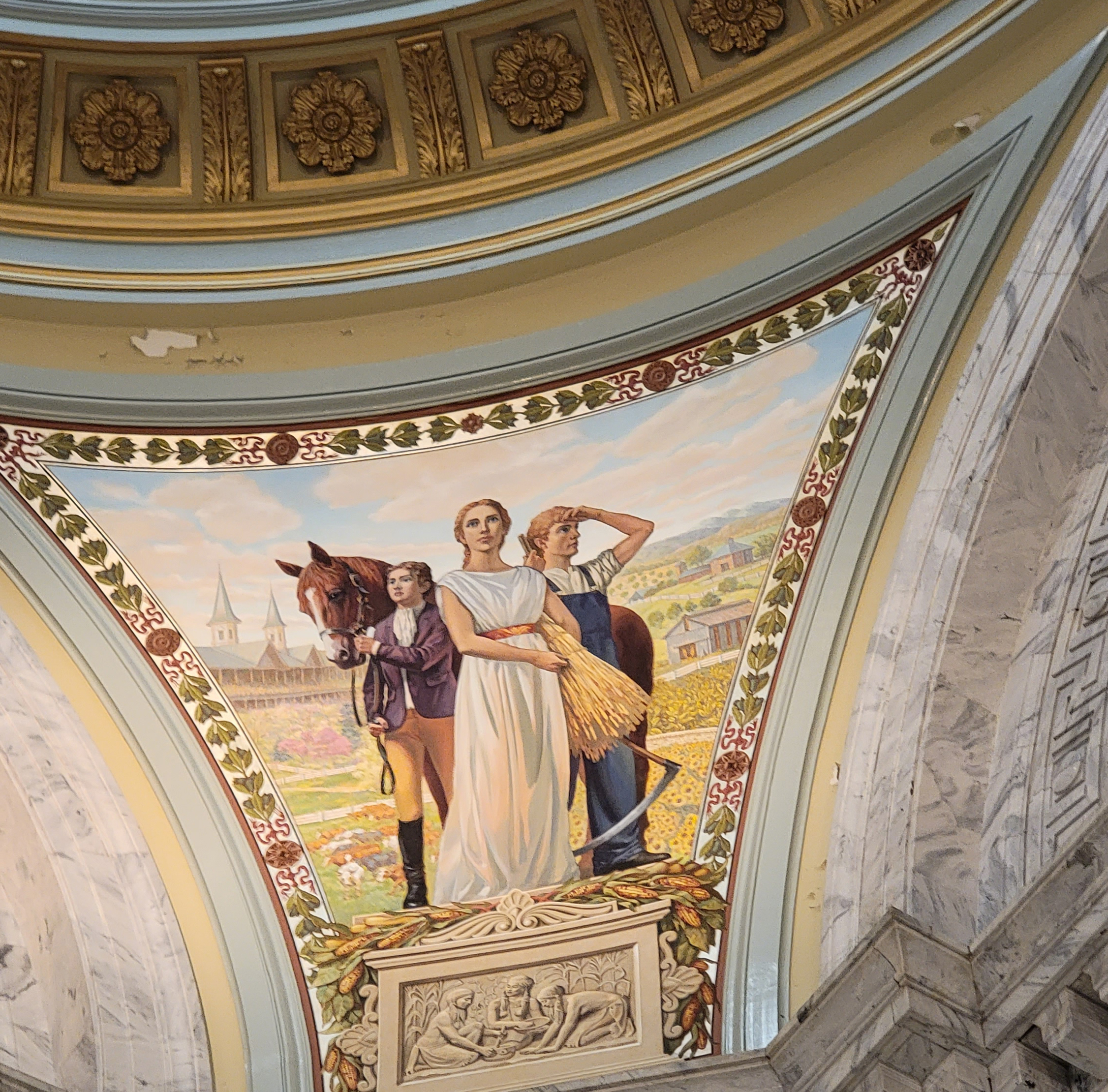 Inside the Kentucky Capitol Rotunda 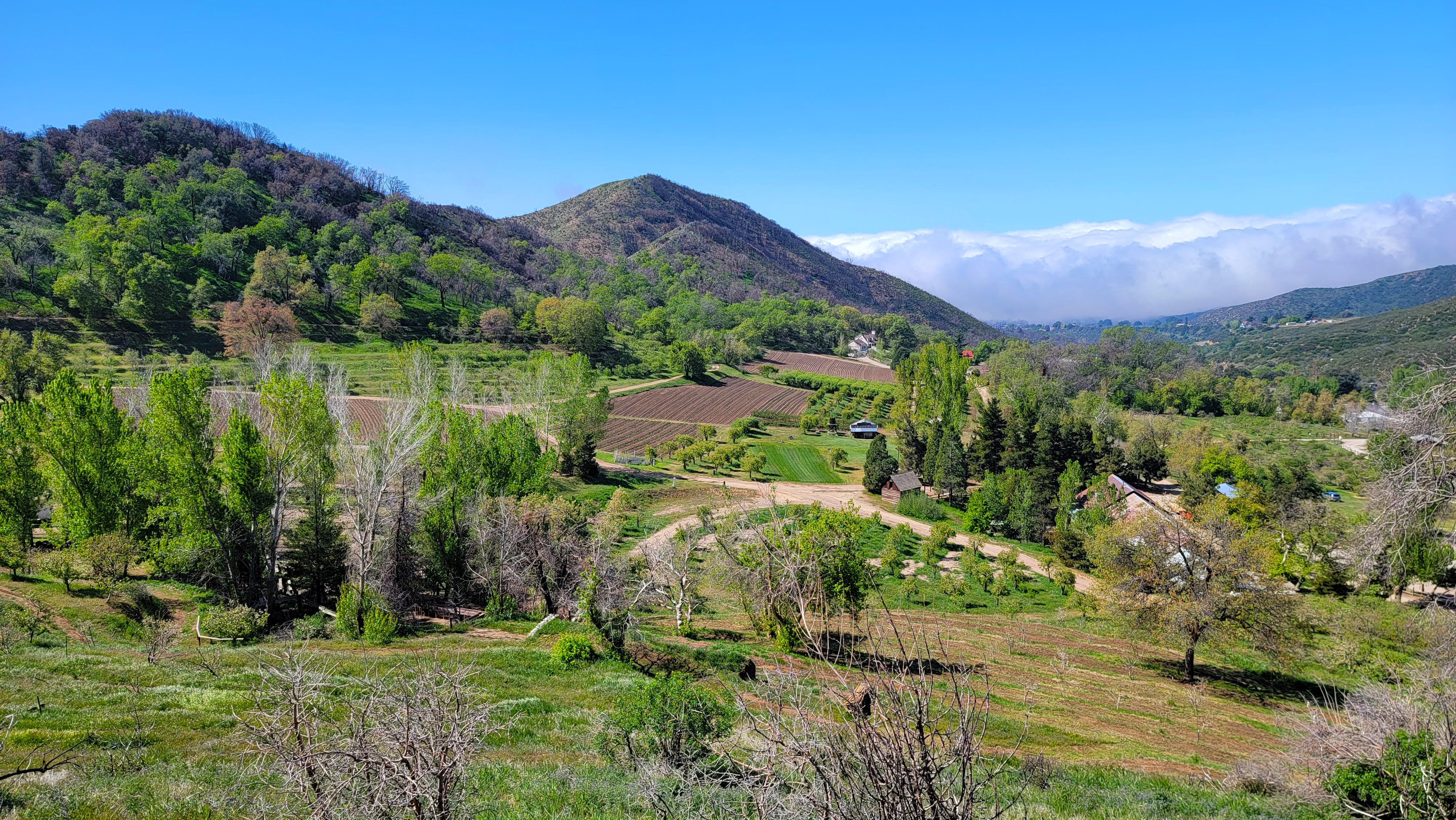 Categorised in: Farm Journal, My Way to the Farm