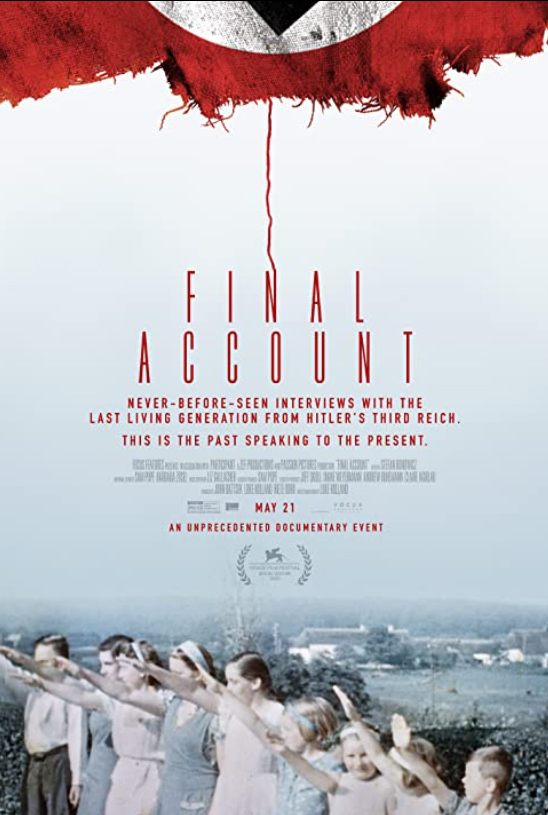 Evil is purchased, then and now, by our cowardice..

I considered putting today’s review on my personal blog, but it touches on history, and human evil, so keenly I think it belongs here, where we discuss history quite a bit.  This morning’s news brings the story of four babies who died under Australia’s Covid totalitarianism, because their government’s lock-down prevented the babies from being transported to hospitals where they could be cared for.

Imagine a state of collective fear so paralyzing you can’t do the right thing — put the baby in an ambulance and break the petty tyrant’s travel ban.   Imagine old, godless, obese political leaders so afraid of their own diabetes, hypertension and mortality they are willing to mask five year olds and cancel your daughter’s wedding?   As we’ve seen through this crisis, most of this class breaks their own pointless rules whenever they please, but why should they care? They own the enforcing authority, and you pay their salaries even if they won’t let you get back to work.

If you aren’t angry, you really should be.

Most tyranny, after all, is rooted in two kinds of fear, the personal fears of the tyrant-bully and the citizen’s fear of the collective cruelty the tyrant inspires.  Herod fears the Christ child so he kills all the children.  Oppose Herod and you risk the wrath of his hired mob and aspiring sycophants.

A 2020 film, Final Account, brings this point painfully home.  Luke Holland assembles a number of aging German citizens who were first hand observers, and participants, in the holocaust.  Their complicity runs along a spectrum — from teenage girls attracted to the Hitler Youth’s outdoor socializing all the way up to SS first lieutenants, who helped run the killing machine at places like Dachau.

We forget, historically, what united these people:  abject fear.  The Nazi propaganda machine relentlessly depicted the Jew as a foreign threat, a molester of children, an enemy of the homeland.  The common refrain among those closest to the actual killing was a contention that if they didn’t stamp out the Jews, the Jews would stamp out them.

In retrospect, of course, this fear looks utterly moronic, and that may account for the weird mix of excuses you hear in these interviews.  It’s a bit like listening to someone who cheered on the burning down of a house, with a family inside, so as to kill a puppy mistaken for a rat.  The utter scale of the response is so outrageous, it makes the participants look both evil and slow-witted.  Very, very few of these former Hitler Youth had the self-reflection to simply state the truth:  “I knew it was wrong, but I was afraid of the mob, and eventually I just talked myself into embracing the mob’s lie as the truth.”

The excuses, in fact, take many forms, including the frigidly legal: one old SS Guard refused to condemn Hitler, or his ideology, on the grounds that he would be condemning himself in the process as well.  I found it difficult, listening to this old man, deciding whether he really knew what he believed anymore at all.  Most of the minds in this film were still spry, but I couldn’t tell if a lifetime of apologizing for evil, or age, had left them befuddled.

There are so many excuses…

“I didn’t really know what was happening.”
“I was just a bookkeeper.”
“We didn’t even stop to think about it.”
“How could human beings do that to each other?” but never “why didn’t we stop ourselves from doing that to them?”

For people who obviously appeared uncomfortable about their complicity in looting other people’s property, ratting out neighbors, completing the payroll for Germans but just logging the hours for slaves, they also freely admitted to wild youthful excitement about their uniforms and Hitler Youth festivities.  They could still sing the songs and recall the marches and their first brown shirt and dark trousers — purchased, ironically, from a Jewish shop.

This brings to mind a Stanford friend of mine who spoke of his father being in the Hitler Youth.  “Dad said it was a lot of fun.  Outdoor sports, campfires, that kind of thing.”  This strikes me as a kind of artful, heritage-saving dodge, something like, “yes, there were concentration camps, but my family was just there for the great picnics.”  The friend in question is a conventional American political progressive, a liberal, and the thing that chills me about this memory is how much evil is accomplished by playing it safe with the mob.  “Put your finger in the wind, boy, and count the votes.  Stand with the super majority if you can, even if they are bayoneting babies.”

One of Luke Holland’s subjects brought out a picture of a Jewish grandmother, almost by way of humanizing himself.  How were we to take this?  “See, I was a potential victim too?”  “I’m not ALL German?”  “Do you see how properly conflicted I am all these years later?”

The conversations about all of this, after the fact, are never quite satisfying because even the reasonably penitent are making their confessions after a crushing defeat and after years of paradigm-shifting.  Their vile old ideas are no longer palatable but how are we to believe someone who once embraced them once with such zeal?  Are the ideas they hold today simply a reflection of today’s expectations or have they ever really come to Jesus?

The only way, in fact, you can stand against a mob is to remember the mob doesn’t write the truth.  God does.

And if you don’t think there are very uncomfortable parallels with what we’re seeing in Covid public policy, you need to re-calibrate your Holocaust-trivialization meter.  The best way to make sure we learn absolutely nothing from history is to ignore its warnings.  Yes, we are not being put on cattle cars.  Yet.  But even Hitler didn’t build the camps the day after assuming power.  The fear, and the cruelty, and scourging were ramped up over time.  I would rather be guilty of making rash comparisons early on, than waiting in a camp later, praying for the Allies to arrive.

So those of you who believe in lock-downs, will you come for me when I try to run my business here on the farm?  Will you rat me out?  Those of you who have taken the vaccine, and support vaccine passports, will you consign me to untouchable status?  Will you be happy when I can’t buy food, use public transportation, or cross state borders?

We all like to think we would protect the unjustly accused, but I’ve come to believe bravery is as rare as gold.