Will We Be Ruled by Freaks?

Will We Be Ruled by Freaks?

“There is no saving your company..”

It falls to me, on occasion, to raise a little money for our First Amendment fight.  The idea is pretty simple: Government agencies shouldn’t be able to go full-throttle Cancel Culture on you  simply because a few weirdos complain about your politics.  I use the term “weirdo” here with precision (and charity) because if you think it’s “deal-breaking” to ridicule Louis Farrakhan, I don’t think you’re in a position to weigh in on safe, enjoyable, educational destinations for children.

Well, I got a FaceBook message from “Geoffrey,” who went out of his way to write, “There is no saving your company.  You made your choices, now enjoy losing your business. I’m making sure that every school district and teacher that I know and have worked with in the past know about your lack of caring, compassion..”

This made me curious.  I reviewed his profile.  Here’s “Geoffrey..”

See if this doesn’t make sense:  in your families, churches, and organizations, have you ever found yourself being ruled by the most needy, self-righteous, bullying, CRAZY member of the troop?  We understand this almost instinctively.  We know someone who is so intolerant that our leaders don’t even need to say it.  You can read it in their expression:  “Geoffrey is a little crazy, okay?  I get it.  Can you just — for my sake — not annoy him?  Maybe we can have some peace.”

As much as we would like to ignore the “Geoffreys” of the world, or pray for them, even our leaders know that we have to do something.  Geoffrey as much as said so:  he wants us unable to make a living.  He wants to ENJOY our losing our businesses, our jobs, our very place in society.  Geoffrey is the needy, weird, fascist, but he insists that YOU ARE THE ONE WHO NEEDS TO GO. 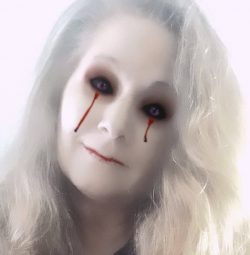 Even as donations were pouring in, Alessandra S. (right) called me a “traitor,” presumably for being in Washington DC on January 6.   I decided to review her profile picture as well.  (A few folks have told me this is an image they can’t “un-see,” and I apologize.  Don’t kill the messenger.)  There really are people who would prefer EVERYONE who attended President’s Trump Rally be defined as “insurrectionists.”  If “insurrection” means using your First Amendment rights peacefully, maybe we all need to be insurrectionists, hey?  Look at the sort of folks who oppose the idea.

Because of what I do, because I have family and customers who love us, let me make it clear about a truth you should find comforting: these freaks are in the minority.

But let me make something else clear that should frighten you a little.  They WILL WIN if we don’t stand up to them.

Some of you have given sacrificially.  One friend gave us $10,0000.  Others have given $10.  If you haven’t considered our fight, please consider it now.  I really don’t want your children, or mine, to be ruled by the Geoffreys or the Alessandras of this world.