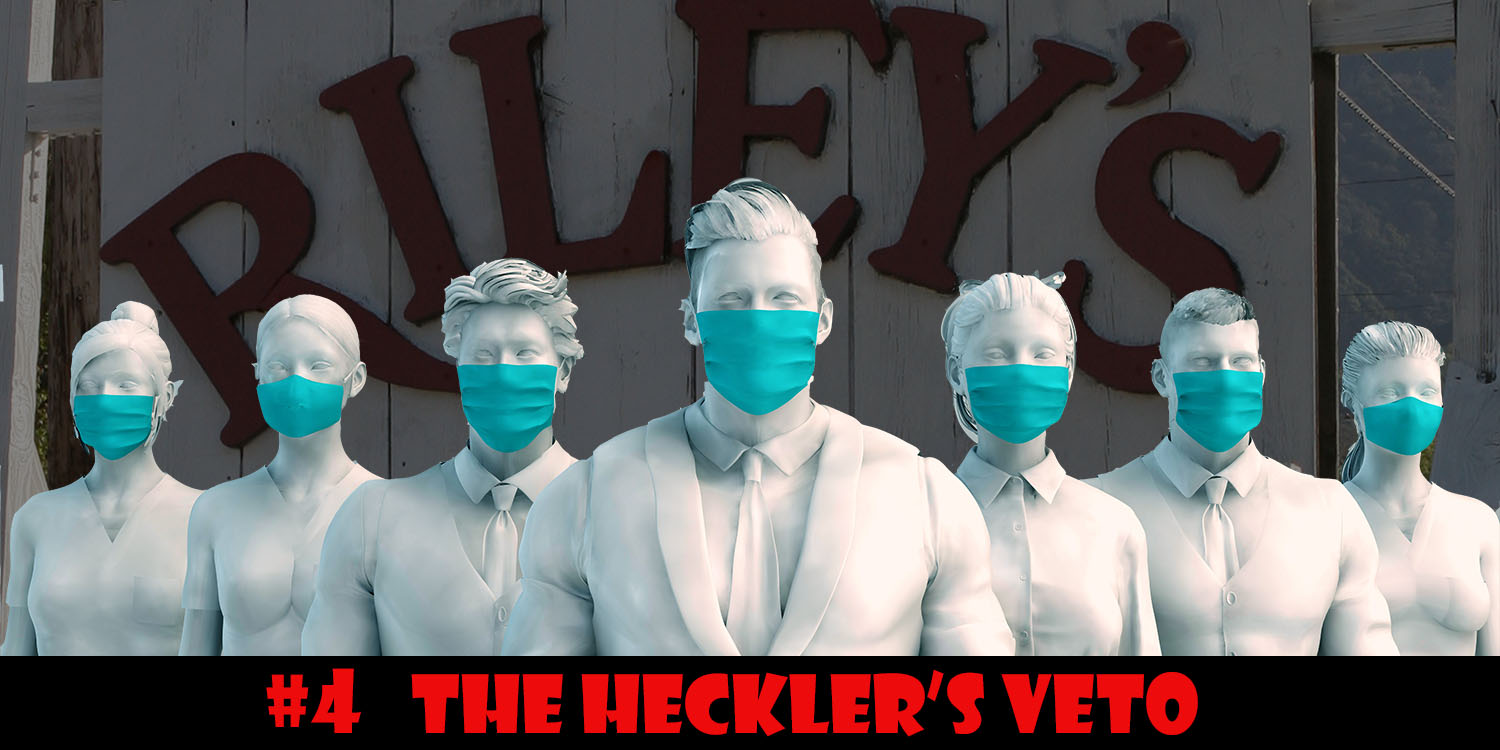 Like millions of Americans who have questioned leftist orthodoxy, I have been labeled a “racist.”  It is not fun, and it is not true, but it goes with the territory, because left-leaning Americans have been taught there’s a “white supremacist” or a “white nationalist” around every corner.  When you are winning an argument with a leftist, it’s almost guaranteed: you are about to be accused of racism.  Even people of color get accused of being “white nationalists.”  This last week the Proud Boys were accused of “white supremacy” even though their leader is an African American of Cuban descent.

Why does the left play the race card all the time?  It’s pretty simple.  It works. The average white liberal and certainly the average white conservative, when discussing anything remotely race-related, lives in mortal fear of being called a racist.  It can be a career-ending, relationship-ending accusation.  The race-grievance folks know this, and they are willing to use it even though it rarely applies.

Public officials have an obligation to listen to public commentary AND not allow loud, agenda-driven voices a greater effect on policy than they warrant. Suppose, for example, a city council is approving a computer system contract with a local company and a disgruntled ex-employee of the company claims the owner is in the habit of approaching women from behind and sniffing their hair, grabbing their shoulders and nuzzling their ear lobes.  If the company has a long, happy history with the city, the local politicians might want to look before they leap, or question the heckling before they veto.  Perhaps, the pictures of this alleged behavior involved nothing more than the man’s wife — or perhaps it was actually more sinister.  The man left a secretary to drown in a car gone off a bridge without reporting it to the police.  In any event, policy should not be the result of one or two people shouting accusations without a considered response.

In our case — as I will probably have to mention too many times — the controversy revolved around my questioning the reality of “white supremacy.”  I certainly believe gross white supremacy existed during Jim Crow and back through the 19th century, but I think the classic Civil Rights movement of the 1960s brought the overwhelming majority of that to an end.  (I keep making the joke: when was the last time someone invited you to a “White Nationalist” cocktail mixer?  I can’t remember either.)  On the contrary, Louis Farrakhan’s violent and blatant black supremacy goes largely without censure.  He appears on stage with Bill Clinton, Colin Powell and in friendly photo opportunities with Barack Obama.

Even making note of this, around progressive educators, is something like grading papers accurately.  It’s just not done. Don’t you know?  Pointing out black racists with a huge following is terribly awkward.  It undermines the struggle, even if, er, we’re having a difficult time finding real victims or real oppressors.

So when a single Claremont parent was scandalized by my referencing “black supremacy,” what was school superintendent James Elsasser to do?  Take a breath?  Consider the matter?  Say a prayer?  Elsassser receives $324,000 a year in salary and benefits from the taxpayers.  Should he represent all the people, or only the ones screaming at him?

It’s a classic example of the heckler’s veto — and a classic failure of leadership.  I’m betting my own wife is browner than most of the people complaining, but I’m guessing that no one really wanted to have an open and free discussion, or an investigation.  It’s much easier to call Jim Riley a racist and have done with it, even though I’ve given three decades of my life to making history interesting for his students.

During discovery Dr. Elsasser was deposed by our attorney, Thomas Eastmond.  I think the fellow was caught off guard, but the exchange was inadvertently hilarious.  Eastmond wanted to know if Dr. Elsasser viewed concern about any sort of racial supremacy as a problem.

Eastmond: Do you consider it racist for someone to express concern about white supremacy?
Elsasser: I’m not sure.
Eastmond: You’re not sure? So if somebody opposes white supremacy, you’re saying you don’t know if that’s not racist?
Elsasser: Can you ask it again?

The good doctor appears to be confused. These days the approved official monster is white supremacy;  like most reasonable people, Dr. Martin Luther King viewed any form of racial supremacy as evil, but critical race theory has taught people of color they can’t be racist, so Elsasser finds himself in a confusing, sudden whirl wind of absolute fair play.

“Oh, wait.  No, no, no!”  Elsasser rights himself, flustered, almost having downplayed the terrible hazard of ubiquitous white supremacy.  Pfew!  All reasonable people should be worried about white supremacy at least once a day!  It’s back to the program of crucifying Riley for wondering about black supremacy as well.  Right.  We need to destroy Riley for lamenting Farrakhan’s documented racist rhetoric, and we have to coddle any parent claiming their fictional rite-of-passage black victim story at Riley’s Farm.

Will you stand with me?

Our lawsuit will encourage the state to apply an even standard — or face massive penalties.  Will you help me put fear in these two-faced jackals?  I want to raise $10,000 in the next 72 hours.