It’s Different When We Do It 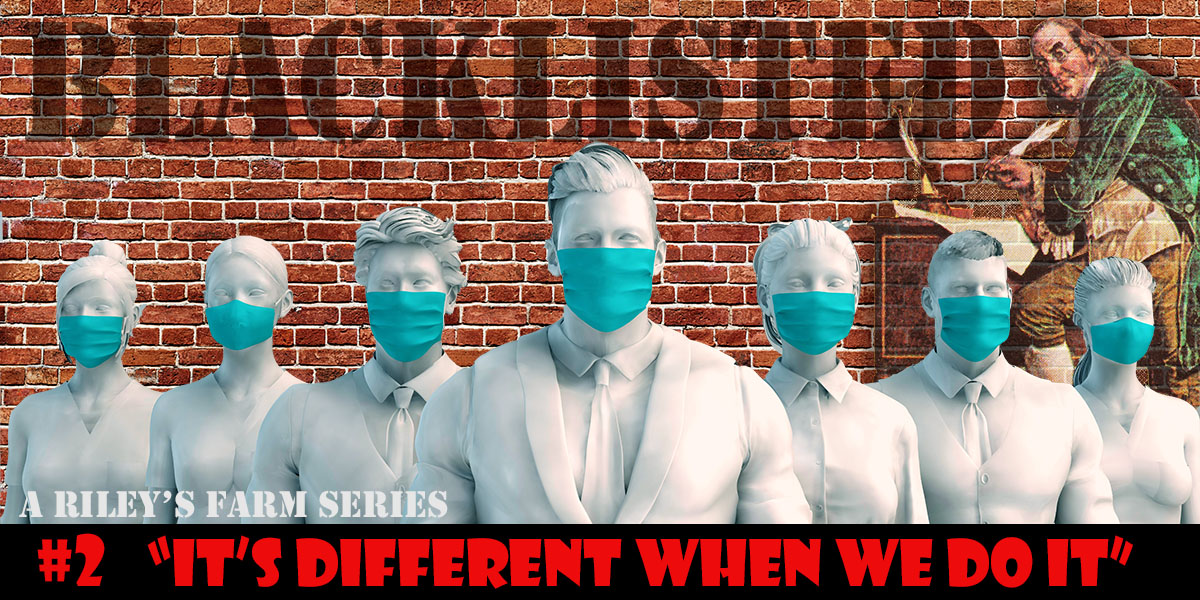 It’s Different When We Do It

Disclaimer: Our living history programs are not political.\ We have been forced to discuss First Amendment Issues because Cancel Culture is threatening our livelihood.

Boy, is it different!

When cancel culture hit Riley’s Farm, our enemies claimed that it wouldn’t be appropriate to expose public school students to someone who has unapproved opinions.  Never mind that they would never actually hear those opinions on a living history field trip; they just didn’t want any student anywhere near someone who had opinions that were unapproved.

Unfortunately, the predominantly left-leaning educational establishment has an entirely different standard for academics who spout even the most strange and violent ideas.

Well, naturally, when parents and taxpayers found about this, we can be certain the university advised the errant professor to go easy on the psychotic murder fantasies and take a year off, right?  No, the administration came to his defense: “Occasionally individuals will express opinions that may be offensive and even shocking, but are nonetheless entitled to First Amendment protection. When our faculty members speak or write as citizens within the confines of the law, they are free from institutional censorship or discipline.”

James Riley ridicules Farrakhan, Daniels, and Hogg.  Can’t have that!  Professor Jun wants the entire world to burn while police, politicians and capitalists are strangled with their own intestines.  Well, c’mon, he has a First Amendment right,  after all.

Our lawsuit will encourage educators to apply an even standard — or face massive penalties.  Will you help me put fear in these two-faced jackals?  I want to raise $10,000 in the next 72 hours.