Season subscriptions are now available for 2016 dinner events at Riley’s Farm, and Riley’s Farm Theatre Company is proud to present a new savings solution for loyal patrons who make memories at RFTC shows throughout the year in scenic Oak Glen.  Guests save 15% off the average show price when purchasing a 7-10 show pass.  A discount of 10% is applied to season pass purchases of 4-6 shows.  The season pass program was created to allow farm friends of all ages to experience a wide range of diverse theatrical offerings at an affordable price.

All Riley’s Farm Theatre Company productions take place on Riley’s Farm (12261 S. Oak Glen Road, Oak Glen, CA 92399), with events running from March through December.  Saturday evening performances take place from 6:00 PM until 9:00 PM.  Thursday and Friday evening performances take place from 7:00 PM until 10:00 PM.  Doors open 30 minutes prior to the event start time.  Events range in price from $15 to $55, and the average show price is $42 (before the season pass discount is applied).  Season passes and individual/group event tickets are available by calling (909) 790-8463 or via the web at rileysfarm.com  Group discounts and private performances are also available by advance request.  Reservations are required for all RFTC dinner events.  Parking is ample and free. 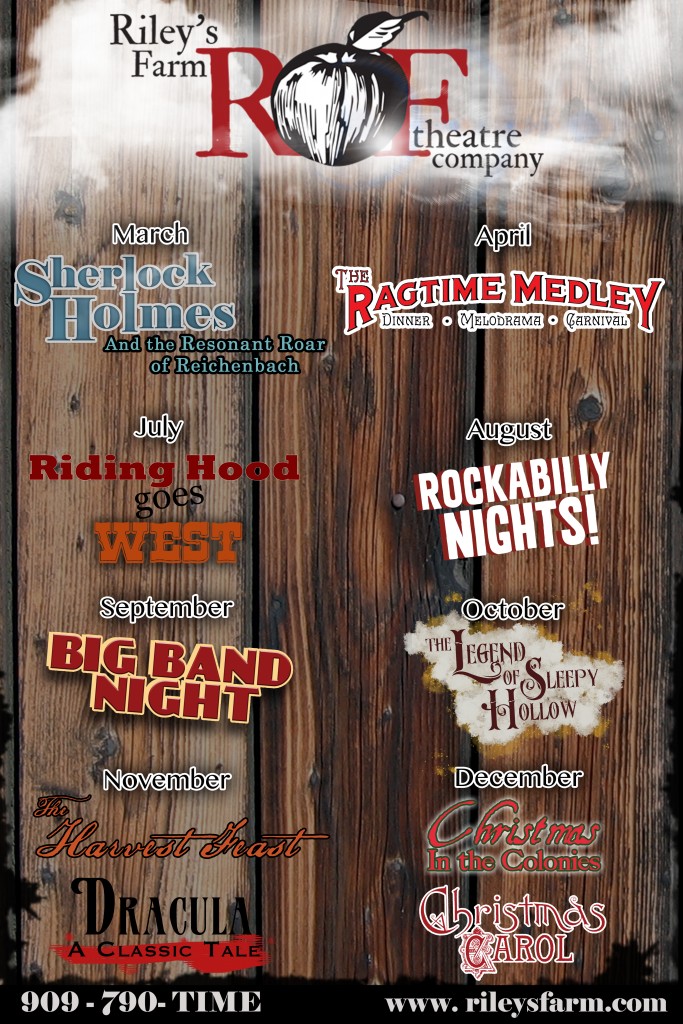