Kids write the funniest, sweetest things… especially when the past comes to life all around them! Living history inspires and empowers young rebels and patriots to take up their mighty pen and make a mark.  Their efforts yield treasure in the form of hilarious, heart-warming, and inspiring notes. Some of these notes were found on the mock battlefield after a school tour, and some floated by on a breeze.  One awesome note went from a grateful child to a wounded soldier, and then to the world. Here is a little collection of a few of our favorite notes written by young people recently.

On the American Revolution school field trip we give ten-year-old scholars the chance to write a letter using quill and ink, primed with the knowledge that their day in Colonial Chesterfield culminates when they are given the opportunity to participate in a grand mock battle.  Sometimes they write a letter to loved ones back home about their adventures in 1775 or they might detail their wishes for their most prized belongings – just in case they fall in the impending fight. 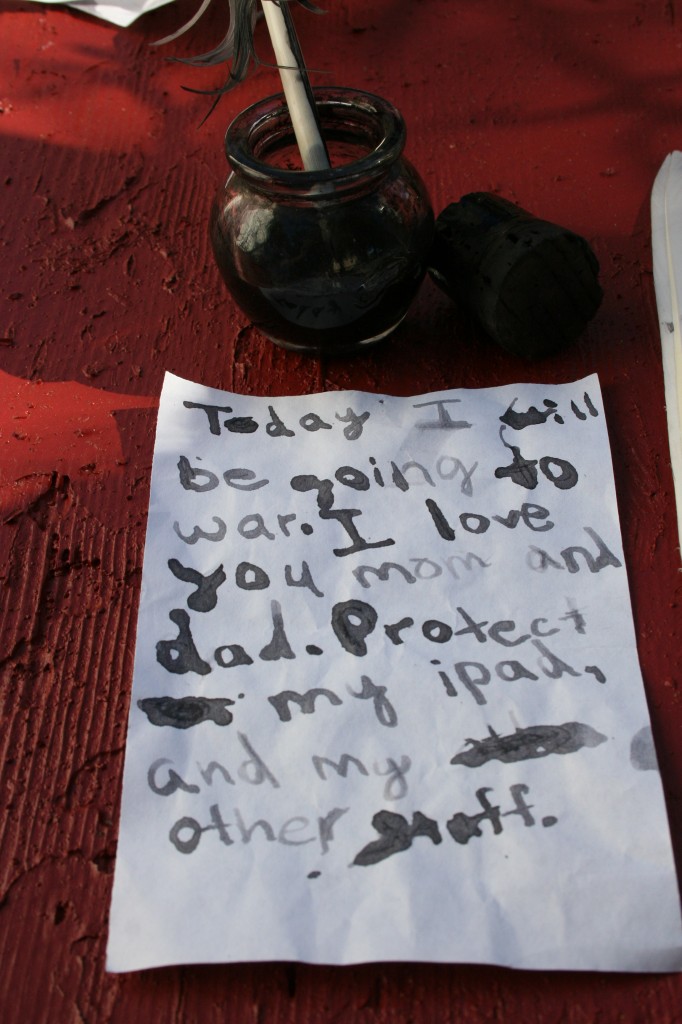 “Today I will be going to war. I love you mom and dad. Protect my ipad, and my other stuff.”

Then there’s the lass who wasn’t as concerned with her belongings, but had an imaginative and clear idea of the fate that waited for her on the field of mock battle. 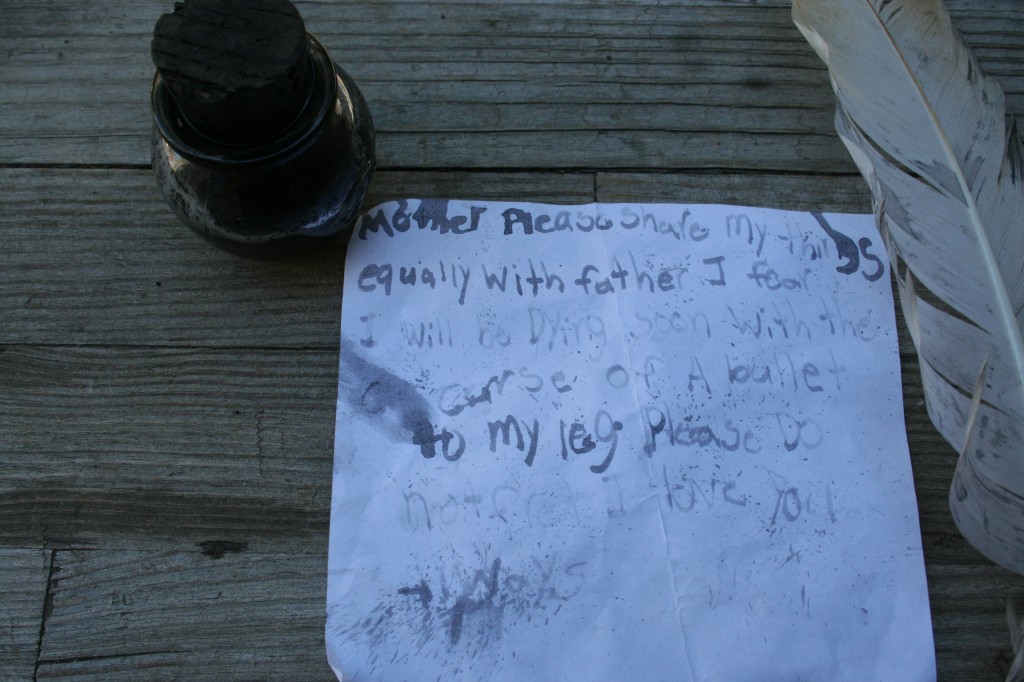 “Mother please share my things with father. I fear I will be dying soon with the curse of a bullet to my leg. Please do not fret. I love you always.”

Mom and Dad, your kid has this battle thing covered.  Don’t fret.  You’re loved, and your little soldier will fight bravely.

The courageous young scholars don’t even hesitate about battle. They trip over one another trying to sign up to fight for freedom.  What courage!  Speaking of serving courageously, we came across another letter from a six year old that you should see…